The bronze medal rewards initial research that has established a researcher as a specialist in their field. This distinction is a form of encouragement to pursue research that is already well underway and proving successful.

Florence Débarre, CNRS researcher at iEES Paris, is one of the 2022 CNRS talents rewarded for her research in evolutionary ecology and epidemiology and its implications for better understanding the evolution of the COVID19 virus.

As part of a partnership with the City of Paris, several members of the laboratory (Basile Finand, Céline Bocquet, Pierre Federici, Thibaud Monnin et Nicolas Loeuille (“EERI” Team of “DCFE” Department and “ESEAE” Team of “EcoEvo” Department) sample the soil fauna and in particular the ants in the Parisian green spaces. To popularize and explain this […]

Our results suggest that V. velutina is a generalist opportunistic predator targeting mostly locally abundant prey. While the species may have an impact on honeybees, its generalist, opportunistic behaviour on abundant insects suggests a minor impact on wild species.

A species of “murder hornet,” beheads and feeds to its larvae an insect that is very important to, and symbolic of, France: the honeybee.

Smaller organisms are typically more abundant than larger ones, which is a fundamental characteristic of ecological communities. How environmental pulse disturbances affect these « abundance pyramids » remains poorly understood. In a study recently published in Ecology Letters, researchers from iEES Paris and the University of Zürich showed that disturbances which are not size-selective still […]

Team publications Team members In the context of current large pressures exerted by human populations on natural communities, ecological sciences often cannot provide adequate predictions or management decisions. One reason is the intrinsic complexity of ecosystems. The EERI team tries to handle a part of this complexity by focusing on the structure, functioning and evolution […]

Urban Ecosystems: A dialog between Scientists and Paris City Managers

For more than 10 years, the City of Paris and the Institute of Ecology and Environmental Sciences of Paris have been collaborating on various issues of urban ecology. From these multiform collaborations at the interface between fundamental research and concrete techniques for the management of urban environments, several advances have been made on both scientific […] 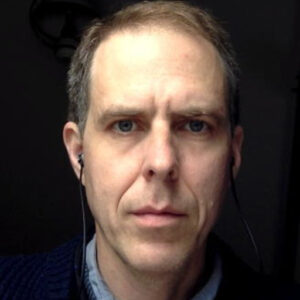