Great tits living in cities are genetically different from great tits in the countryside. This is what researchers have found in a unique study, where they examined populations of great tits in nine large European cities.

The researchers compared the city bird genes with the genes of their relatives in the countryside. It did not matter if the great tits lived in Milan, Malmö or Madrid: in order to handle an environment created by humans, the birds evolved in a similar way.

Different gene types linked to important biological functions such as cognition and various behaviours regulated by serotonin, including aggression and circadian rhythms, were found to have been selected and passed on from generation to generation. In rural populations, these behaviours are also important, however, the gene types that control them are different.

“This indicates that these behaviours, and cognition, are very important in order to live in urban environments with a lot of stress in the form of noise pollution, lights at night, air pollution and constant proximity to people”,

says Caroline Isaksson, Senior Lecturer at Lund University, who led the study together with her former doctoral student Pablo Salmon.

The study is the largest that has been done on how urban environments affect the genome, and thus the genetic material of the animals that live there. In total, 192 great tits were examined among populations in Malmö, Gothenburg, Madrid, Munich, Paris, Barcelona, Glasgow, Lisbon and Milan. For each urban population, the researchers had a control group of great tits living nearby, but in a rural environment. Blood samples have been taken from all of the birds and analysed genetically.

“We have analysed more than half a million single-nucleotide polymorphisms (snips) spread over the entire genome. There were a handful of genes that had clearly changed in response to the urban environment”,

“That we see such a clear urban selection across the board, in an otherwise genetically similar European great tit, is surprising”,

Urban Ecosystems: A dialog between Scientists and Paris City Managers

How do termite queens and kings stay healthy for decades? 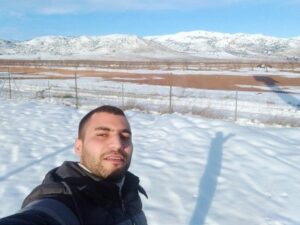